In 2013, the world tennis number one, Novak Djokovic released a book, titled 'Serve To Win', in which he credited a carefully controlled nutritional intake for his success on the court. He eliminated gluten, dairy, and tomatoes from his diet, and instead focused on eating nuts, seeds, vegetables, fish, chicken, and quinoa. The result, Djokovic says, was palpable: “I was lighter, quicker, clearer in mind and spirit ... I could tell the moment I woke up each morning that I was different than I had been, maybe since childhood. I sprang out of bed, ready to tear into the day ahead.”

Naturally if Novak is interested we can provide his bakery products. 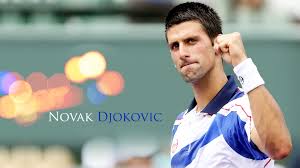